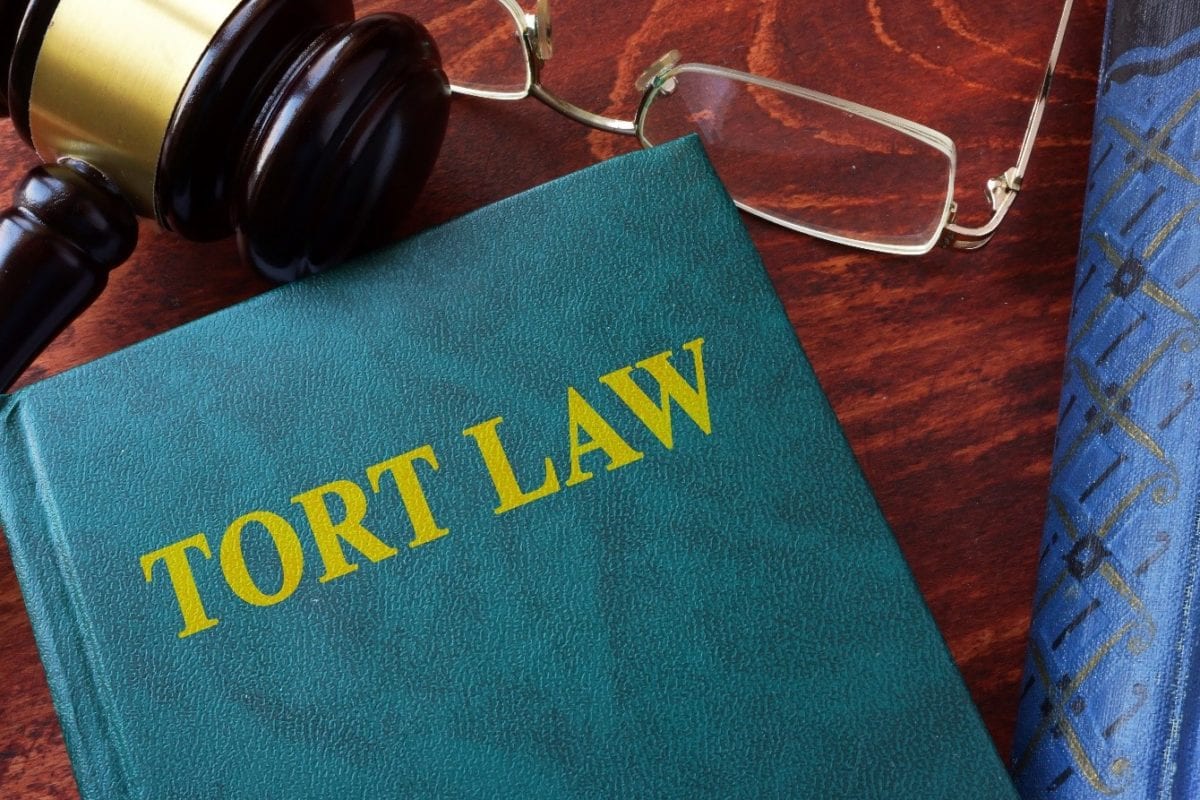 What Are the 3 Types of Torts?

The definition of an intentional tort is pretty obvious: it’s a deliberate act that causes someone harm. Someone could commit an intentional tort even if they didn’t necessarily intend to cause harm—if they took the action on purpose, they may be liable. This is the area where the overlap between tort law and criminal law is most obvious. For instance, physical contact that causes harm, like punching, is the tort of “battery,” while “conversion” is basically the private tort version of theft.

Negligence occurs when someone fails to live up to a social duty to act with reasonable care toward other people. Their action was not intentional—just careless—but it still caused harm. Tort law generally says that someone is negligent if a reasonable person in the same situation would have acted more carefully. Negligence cases arise in many different situations, such as auto accidents, slip-and-falls, and medical malpractice.

Some activities are so inherently dangerous that society has decided that people should be held responsible for harm they cause even if they’re being careful—the classic example is using or storing explosives. Animals can be dangerous and unpredictable, so the law generally holds animal owners strictly liable for harm the animals cause (especially when people own animals that are normally wild). In products liability cases, such as those involving defective drugs, it doesn’t matter if the manufacturer was careful when it designed or made the product—victims only have to show that a product had a dangerous defect that caused them harm.

What Are the “Elements” of Negligence?

Of the three types of tort discussed above, the one most likely to have affected you or a loved one is negligence, so you might be curious to know a little more about what makes a negligence case. Generally speaking, lawyers say that negligence has four “elements.” That just means there are four things a victim of negligence must prove to have a successful claim: duty, breach, causation, and damages. Of course, if you are the victim of negligence, you don’t have to prove these things yourself—the experienced attorneys at Westmoreland Injury Lawyers can make your case.

Duty can be a tricky concept. Before the development of modern tort law, courts would only impose duties on people when they had particular relationships—if you didn’t have that kind of connection to someone who hurt you, you might be out of luck. In modern times, the law generally imposes a duty to act with reasonable care toward anyone you might foreseeably injure.

Often in negligence cases the question is not whether there is a duty, but rather what exactly the nature of that duty is in different situations. For instance, the duty a driver has to drive carefully is different than the duty of a doctor to treat a patient using the same level of care as any other reasonable doctor with the same training in the same community. Similarly, a property owner may have a different duty toward guests than to trespassers.

Once we show someone had a particular duty to you, we next prove that they violated—or “breached”—that duty. This may be a simple question of whether they lived up to the specific limits of the duty we’ve already defined, but in general the law asks whether a reasonable person would have taken more precautions, taking into consideration the relative burden of being more careful and the severity and likelihood of injuries that might result without greater care.

Sometimes lawyers break causation into two parts: “Factual cause” just means that your injuries would not have actually happened (or at least would not have been as bad) if it were not for what the defendants did. “Proximate cause” usually means that what happened to you was foreseeable enough that the defendants should have realized it and been more careful—in other words, the law doesn’t make people pay for every single thing that happens as a result of their actions in a distant chain of events, but we can help you show that the defendants could have foreseen your injuries and should be held accountable.

“Damages” is just a legal term for the injuries you’ve suffered as a victim of negligence. Technically, you usually have to show physical injuries to person or property. Simply put, to show that you’re entitled to compensation, you have to prove that you’ve been harmed. The basic fact that you were injured is, unfortunately, usually pretty simple. We will help prove the extent of your injuries and other losses to ensure you are fully compensated.

Tort law is mostly shaped by the “common law,” which refers to the rules developed by courts over time, as opposed to statutory law, which are the formal legal rules written by elected legislators. But statutes do affect tort law in some ways.

Maybe the most obvious way is through statutes of limitation that control how long you have to bring a claim to court. In Pennsylvania, under 42 Pa. C.S. § 5524, tort claims generally must be filed within two years, though there are details and exceptions about when that period runs out, and we can help you figure out if your claim is still timely.

Also, some statutes are about safety and make it easier to prove a negligence claim. The simplest example is a speed limit law. If someone injures you in an auto accident, the fact that they were speeding may automatically establish that they were negligent, and we’ll just have to prove they caused your injuries.

Finally, statutes determine the rules of what is called “comparative negligence.” A long time ago, you could not sue someone for negligence if your injuries were partially your own fault. Most states have changed this by statute. Pennsylvania has a “modified comparative fault” statute that says you can sue and recover some compensation for your injuries unless you yourself are 51% or more at fault.

In a tort case, plaintiff victims have the burden of proof, which means they must produce persuasive evidence that the defendant wrongdoers should be held responsible (and defendants don’t have to prove the opposite). But it’s important to remember that this burden is much easier to meet in tort cases than in criminal cases. You are probably familiar with the idea of proving criminal guilt “beyond a reasonable doubt,” but in civil tort cases, plaintiffs only have to prove their claims by a “preponderance of the evidence.” This means they just have to tip the scales enough to show that the facts they’re alleging are ever so slightly more likely to be true than not true. So if you have been injured or harmed in some way, you may very well have a successful tort claim. But tort law is complicated and pursuing your claim through negotiation and litigation takes expertise and experience. If you think you might have a claim, contact us now for a free consultation.